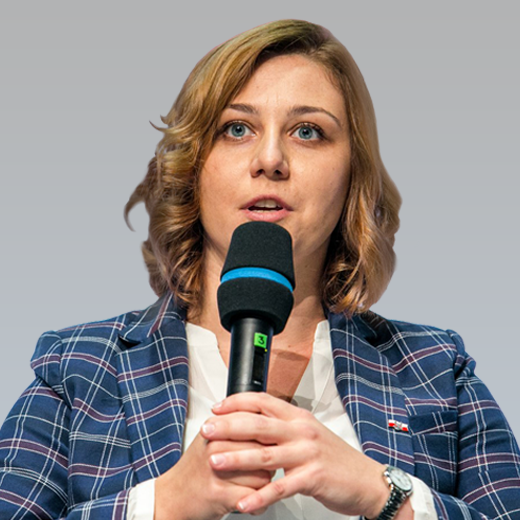 Dr. Joanna Świątkowska is the Initiator and Programme Director of the European Cybersecurity Forum (CYBERSEC). Research Associate, Adjunct at AGH University of Science &Technology and Senior Research Fellow of the Kosciuszko Institute. Member of a research team at Center for Cybersecurity and International Relations Studies, University of Florence.

From 2016 to 2017 she was a member of the Advisory Group for Cybersecurity of the Republic of Poland working within the Polish Presidential National Bureau of Security. She has been involved in numerous high profiled national and international cybersecurity initiatives, often cooperating with public institutions. Among others, she took part in the two rounds of the Sino-European Cyber Dialogue held in Geneva and Beijing.

In 2016 she took part in the U.S. Department of State’s International Visitor Leadership Programme (IVLP) on Cybersecurity and Government Interoperability. She is listed among the 100 Eastern Europe’s emerging technology stars announced for the year 2017 by the Financial Times & New Europe 100.

Joanna Świątkowska is the author of numerous articles, reports and analyses concerning cybersecurity. She often speaks at national and international conferences and seminars on a wide range of cybersecurity topics. She holds a PhD in the field of Political Science. Her thesis concentrated on the influence of new technologies on modern conflicts.