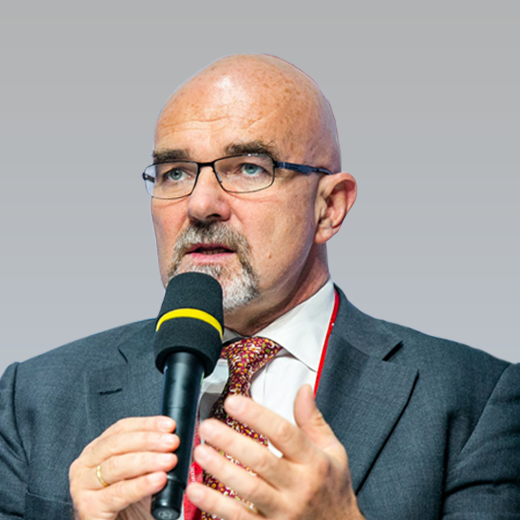 Mr. Rebuffi graduated in Nuclear Engineering at the Politecnico in Milan (1984) before obtaining a PhD in Electronics at Paris – Orsay University (1987).

He worked on the development of high power microwave systems for the future thermonuclear fusion reactor (ITER) in Garching, Germany (1988-1991). Afterwards, he was employed by Thomson CSF to take responsibility for European Affairs (R&D) in different sectors: telecom, industrial, medical, scientific etc (1992-1999). He worked for Thales Microwave, in the position of the Head of Unit for Sales of Telecom Products (2000-2002) and later became promoted for a position of the Thales Director for European Affairs (2003-2007). In this capacity, he was responsible for the development of business and research activities with European Institutions for the civilian activities in Thales.

In 2003, he initiated and from 2007 to 2017 he has been the CEO of the European Organisation for Security (EOS) that gathers the most important European private security stakeholders and public NGOs from supply and demand side to develop and implement European security solutions and services in a comprehensive approach. In 2016, he took over the role of Secretary General of the European Cyber Security Organisation (ECSO). He contributed to establish in June 2016 an Association with more than 250 members in charge of implementing the Public-Private Partnership contract on European cybersecurity with the European Commission and supporting the development of the full European Cybersecurity Ecosystem.