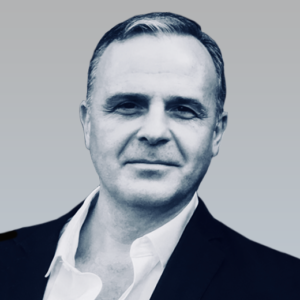 Rafal Rohozinski is a Canadian expert and practitioner active in the fields of information security, cyber warfare, and the globalization of armed violence. He is CEO and chairman of the SECDEV Group, a Canadian-based global consultancy specializing in cyber-risk. He is a senior fellow for Future Conflict & CyberSecurity at the International Institute for Strategic Studies (UK). Prior to founding SecDev, Rafal's career spanned 37 countries including conflict zones in the former Soviet Union, the Middle East and Africa. In academia he served as the director of the Advanced Network Research Group at the University of Cambridge and is the author and contributor to numerous publications, including “Stuxnet and in the future of Cyber War" and "Tracking Ghostnet"- the first evidence-based investigation of a dedicated cyber-espionage network. Since 2006 has led a track 1.5 engagement with the Russian government on cyber security/cyber warfare issues. Rafal currently serves on the executive boards of the Canadian International Council, the Canadian Association of Defene and Security Industries and previously served as adjunct faculty at US Joint Special Operations University. Building on his work with the World Bank, he is also developing and applying a corporate focused digital readiness index that can be used by corporations to help understand and manage risk.