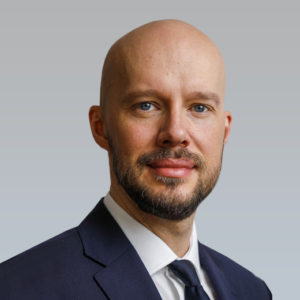 Wiktor Staniecki is the Head of Cyber Sector in the Security and Defence Policy Division at the European External Action Service. Before assuming this position, he was posted to Tokyo, working in the Political Section of the EU Delegation to Japan. Within the European External Action Service, Mr Staniecki also worked as desk officer for Brazil (2013-2015) and the United States (2008-2013). Previous to his work for the EEAS, he was a consultant at Burson-Marsteller Brussels and worked for the European Commission on entrepreneurship policy.
Mr Staniecki holds Master's Degree of European Studies from Adam Mickiewicz University in Poznan, Poland, as well as Diplôme d'Etudes Générales Européennes of Centre Européen Universitaire de Nancy 2.